0
30 days returns/exchanges on all products
Review our kennel sizing guidelines
TOTAL $0
ESTIMATED SHIPPING
$0
NEED HELP? Call us at 1-844-GUNNERK or send us a message
los banos cinnamon teal | behind the color | gunner flyway series™
09-10-213 mins read
If you spend any amount of time with a waterfowl hunter, you’ll almost certainly exchange where you’d go and which birds are yet to be checked off your bucket list. One of those coveted birds that always seems to make the list is the Cinnamon Teal—the toughest sub-species of Teal to bag, following its Blue and Green-winged brothers.
Los Banos
BACK TO PACK NEWS In Pursuit of the Cinnamon Teal

If you spend any amount of time with a waterfowl hunter, you’ll almost certainly exchange a few dream hunts you’d love to take part in – exchanging where you’d go and which birds are yet to be checked off your bucket list. One of those coveted birds that always seems to make the list is the Cinnamon Teal (Spatula cyanoptera)—the toughest sub-species of Teal to bag, following its Blue and Green-winged brothers. Cinnamons are among the least abundant dabbling ducks in North America, as their breeding populations are only estimated to range from 100,000-300,000. The Central Valley of California, however, is one of a few select places they are found year-round and is a key staging area ahead of their annual migration, leading to a higher concentration of the red rockets.

The Cinnamon Teal is one of the most striking birds you can find in a swampy marsh. Their deep rusty red-plumage, piercing red eyes, and black beak strike a prominent relief to the flat blues, browns, and tans of the grasslands. Their call sounds like a low, short rattling noise. Like the majority of the avian kingdom, their female counterparts flaunt a more dreary brown color, almost like a hen mallard, with a long black bill and their call is a very short and rushed quack. The Cinnamon Teal is an omnivorous, dabbling duck that typically spends its time hunting for food on or slightly below the surface. Since they have a small body and legs made for slow paddling, they cannot chase after their prey, so they eat small bugs and various seeds and aquatic vegetation that is lying around.

During their fall breeding season, the males' plumage is vibrant and stunning. They court a female, breed and then protect her and the nest from various intruders during the ~21-25 day incubation period.

Because of their flight pattern within the pacific flyway, they’ve struggled with loss of habitat and being highly susceptible to different contaminants used in current agricultural practices. Since the Cinnamon Teal flies south to winter in warm, wet agriculture fields and mangroves, it’s easy to see why their species has been slowly declining since 1968. With the changing climates, decrease in ideal habitat and wildfires, the Audubon Society suggests that the Cinnamon Teal’s breeding grounds are in danger. If you’re looking to hunt one of these red-eyed, rusty birds, you may want to consider visiting the Los Banos Wildlife Area in California. With 6200+ acres of meticulously managed land and freshwater swamp, many duck hunters flock to Los Banos from late fall through early winter, when the cold-weather plumage takes on its most drastic hue.


Much like the Blue and Green-winged Teal, Cinnamons fly in a tight flock that looks more like a swarm of birds, buzzing over the decoys. They bob and dart so quickly, it almost seems like the group moves in unison. If you happen to find a group of teal screaming through the marsh, it’s not uncommon to have a mix of all multiple species in one flight, especially in Central Valley of California.

Hunting the Cinnamon Teal is an absolute treat, whether you encounter one bird or a hundred. Los Banos and the San Joaquin River Basin should be on the destination list for any avid waterfowler.

How to Cook the Cinnamon Teal

One of our #GunnerEffect21 Finalists, Jennifer Barton, happens to frequent Los Banos during waterfowl season, and has taken her fair share of Teal. She and her fiancé took the time to share their preferred recipe for Stuffed Teal with Black Bean & Cornbread Dressing with us. She made sure to note that, while Cinnamon Teal share many traits with their Blue-wing and Green-wing brethren, they do not share the same excellent flavor. Thus, the typical fate of her Cinnamons is a homemade spicy chorizo. #GIVINGTUESDAY: How Dogs are Helping Both Inmates & Those With Disabilities
On this national day of generosity, we wanted to give back to our local Nashville, TN community.
GUNNER News
3 mins read 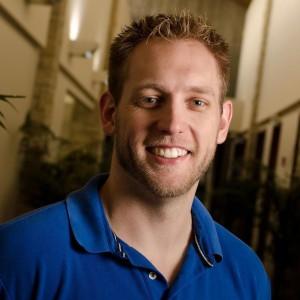 Gunner Turned it Around

I had initially posted a 1-star review due to the inability to get into contact with the returns department via their email. Once Gunner realized I fell threw the cracks and into their spam mail I got a nice phone call, email, and text message to remedy my situation. They were VERY expedient in the return process and I received the new kennels very quickly as well (I needed larger ones to fit my larger dogs, totally my fault for ordering the wrong ones). In short, my fault for ordering kennels that are too small, email filter kept me from returning, Gunner stepped up quickly once they realized what happened. Would I buy from Gunner again? Absolutely, the quality, fit/finish, and their product overall is top notch.

Unlike any other crate I have seen

Do you want to be reminded when it's sunsetting?